Both these dishes were made from the same basic ingredient – seitan.

This has not been my best summer. My little cat, Molly, has been extremely ill and I’ve been to-ing and fro-ing daily to the vet after work to visit with her and feed her dinner. On top of that I was tossed on the city bus by a race-car-wannabe driver who left me lamed up and in pain with a smashed ankle. The good news – I’m healing nicely and so is Molly who has received the best of veterinary care.

Last week, my friends, Stephanie and Britton, announced their new business – The Seitanists. They make the most delicious seitan, vacuum sealed and frozen, ready to use as a super easy and fast meal ingredient. Stephanie asked me to try out their seitan and see what I thought.

What I thought is buying already-made seitan is a genius idea for busy people. It was a great solution for me with my full schedule and inability to stand for any amount of time.

I used The Seitanists’ cutlets to make two very different dishes – a spicy stir fry and pan-fried schnitzel medallions.  Check it out.

For this stir fry, I cut one of the pre-made seitan cutlets into strips and marinated them for a couple hours. I then stir fried the strips and all the marinade with sliced onion, bell pepper, mushrooms and snow peas and served over rice.

Here’s the recipe for my marinade, which is more than enough to marinate a cup of seitan strips and nicely coat four cups of vegetables and rice. 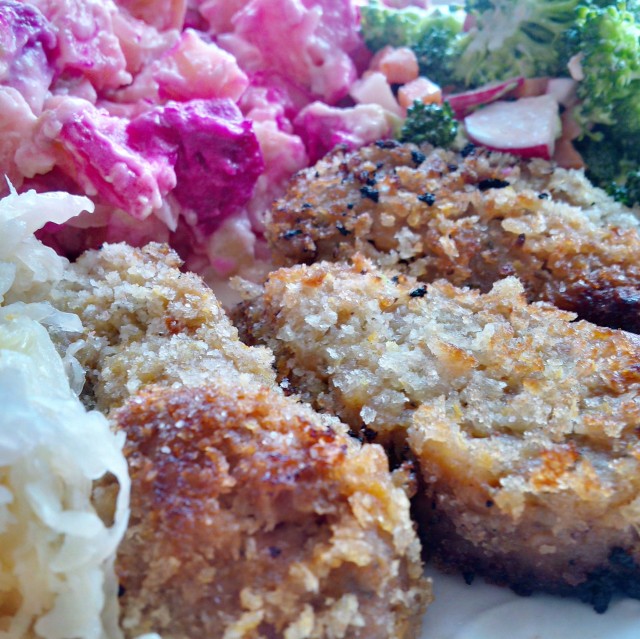 Making these little schnitzel medallions could not have been easier. I cut the seitan cutlet into medallions, dredged them in flour seasoned with salt and pepper, dipped them in almond milk and then covered them in mix of 1/2 cup panko crumbs, two tablespoons flour and two tablespoons nutritional yeast.

I pan fried the medallions in vegan margarine on medium heat until both sides were golden and crispy, then served the medallions with lemon wedges, a pink potato salad (add some beets to your regular potato salad) and sauerkraut. My German mother would have loved this. 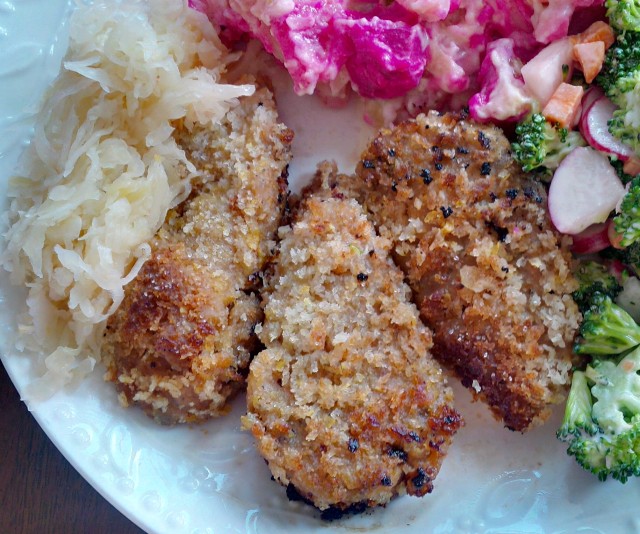 Hail seitan! This amazing, versatile ingredient is inexpensive, easy to work with, delicious, versatile and good for you. Thanks to ready-to-use seitan from The Seitanists, there’s no excuse ever for me not to be able to have a great meal in less than 30 minutes.